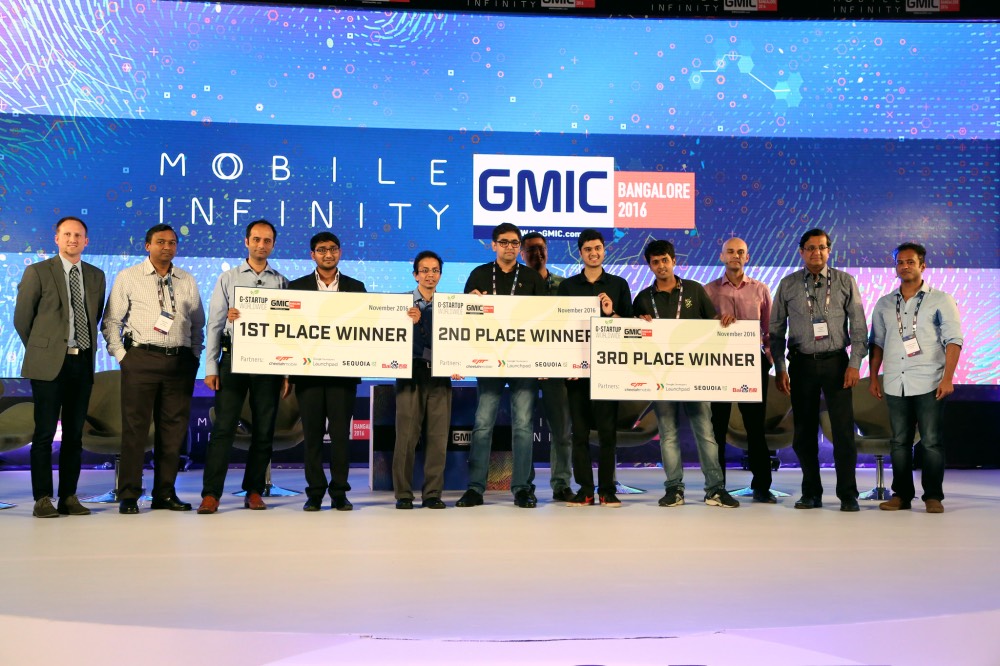 All four emerged winners at G-Startup Worldwide, a startup competition organised by Global Mobile Internet Conference (GMIC). In 2013, a year after Didi Chuxing (formerly known as Didi Kuaidi) launched in China, it won an award for the most innovative app at the same competition. And the rest is history.

This year, three Indian startups took home the top honours at the competition’s Bangalore edition held recently. This round saw 418 startups participate from across 24 countries.

StockViews sells investment advice to portfolio and fund managers. It bagged the top spot and received $50,000 in funding. The startup will now participate in G-Startup Worldwide’s global final to be held in Silicon Valley in the U.S. There it will compete with winners from the Seoul, Tel-Aviv, Beijing, Tokyo, Jakarta, Sao Paulo and San Francisco editions.

The winner at the final event will receive additional funding worth $250,000. 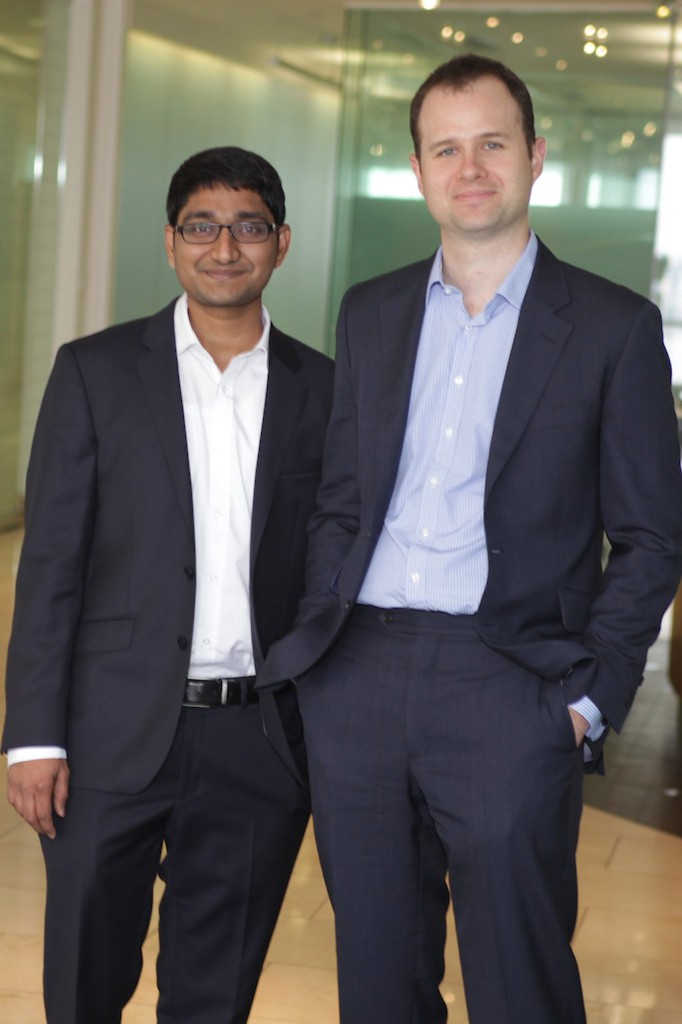 Founded by former Google employee Sandeep Bathina and fund manager Tom Beevers, StockViews is now looking to open an office in Mumbai to liase with customers as well as a back-end office in Hyderabad in the next six months, Bathina said.

India is a key market for the London-headquartered firm.

“The size of the Indian equity market is $1.6 trillion and its growing 6-8 percent year-on-year. With a large number of Ivy-league educated analysts currently working at sell-side banks across the country, India is a huge market for us.” 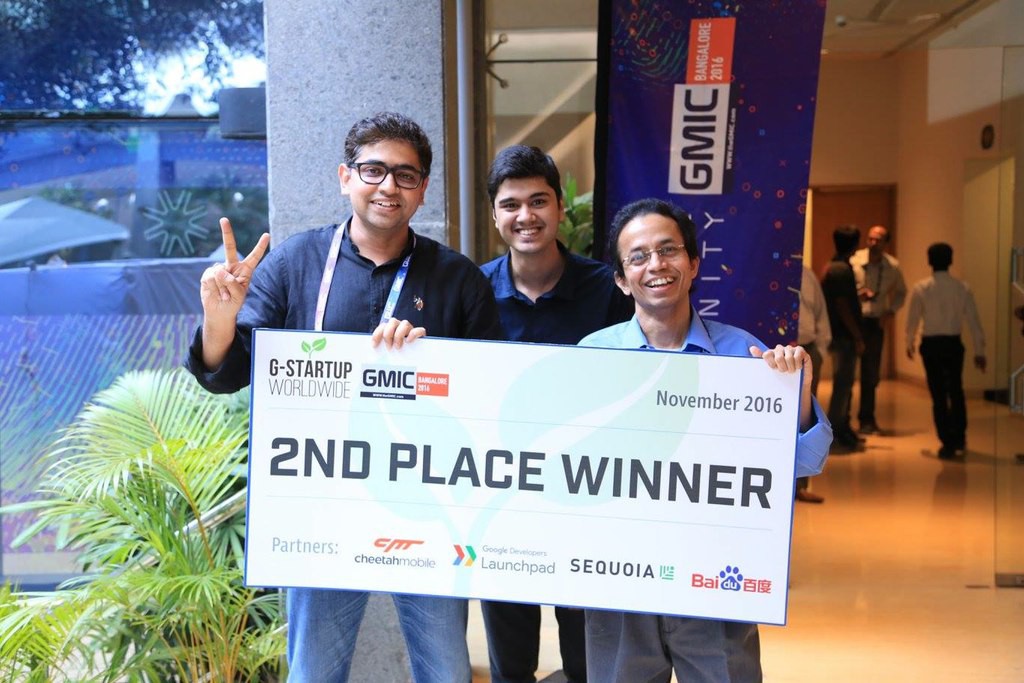 The founding team of Numberz shares a light moment after winning the second prize. (Source: Numberz)

The platform presently runs on a freemium model (where basic services are provided free of charge but advanced ones must be paid for) and serves more than 3,500 small and medium businesses. Co-founder Rajeev Chari said the firm is growing at about 30 percent on a monthly basis.

“The GMIC platform has given us an opportunity to showcase ourselves before a panel of top 20 venture capitalists, industry experts and other small businesses like ourselves. For a startup like ours, which is building an ecosystem, to get a resounding validation of our idea from this audience, is what truly counts.  “

He added that the competition can be a stepping stone for them to enter overseas markets such as South East Asia, Middle East and Africa. 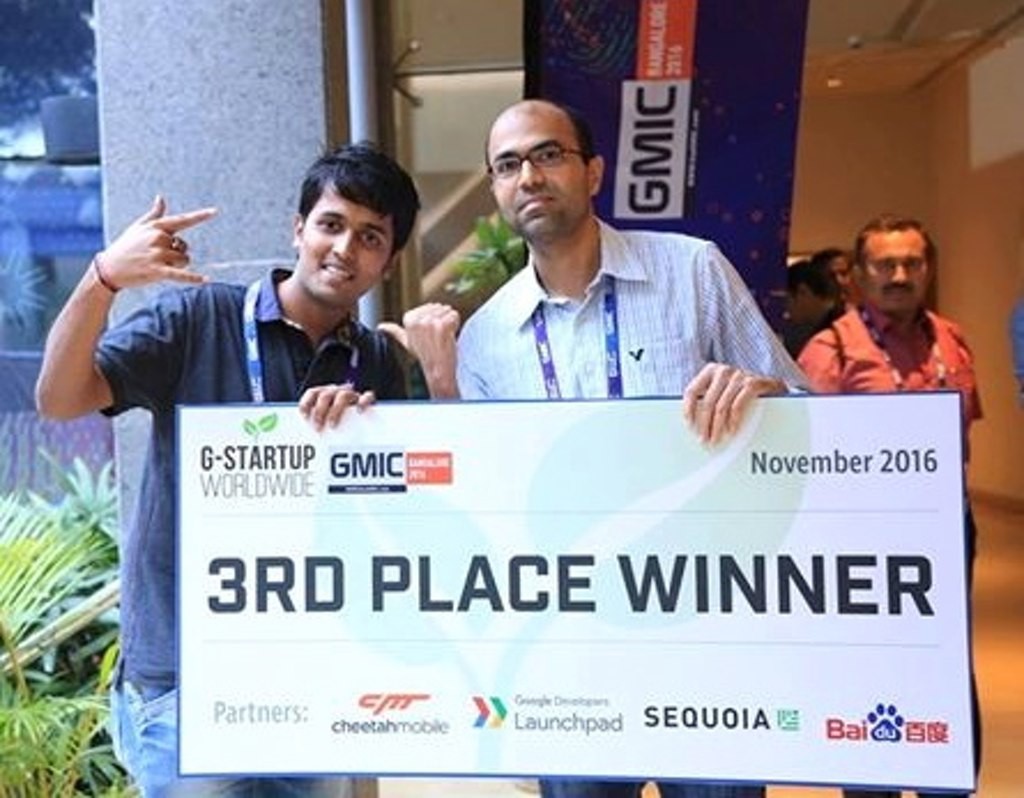 The app gets 3,00,000 visits per month with an 85 percent repeat ratio. WorkIndia helps conduct 60,000 interview calls per month through its automated platform, Kumar told BloombergQuint.

“The next step is to expand further to the semi-white collar space and eventually disrupt the Indian and the global recruitment space,” he added.

In a thumbs up to India’s entrepreneurial environment, Barrett Parkman, co-founder of GMIC and G-Startup said, “I believe startups being built today in India will shape not only India’s future, but the world’s as well and we are excited to support this in any way possible.”

G-Startup Worldwide is a global startup competition held around the world to find the most innovative, early stage startups, invest $1,000,000 in them, support them with a global network and enable them to change the world.